“Get a piece of paper and a pen,” the voice spoke with an eerie confidence and calm. “Write down everything I say.”

I lay still in bed but closed my eyelids tight, as if to ward off this rude intrusion into a precious, and rare, dreamland. Mind racing, I struggled to comprehend what was happening.

When did ‘hearing voices’ become a symptom of menopause? Am I going mad?

He repeated himself, the persistence in his voice jarring compared to its casual tone.

I rolled over in bed, jamming my face hard into the pillow then yanking the bedsheet taut above my head.

No one can reach me here.

An audible sigh of near-exasperation pierced my hideaway.

“It’s about the books you’re supposed to write,” his voice, sharp now, echoed against my eardrums.

My eyes shot open as my heart skipped a few beats. I placed one hand atop my chest, hoping to squelch the thunder building there.

What kind of woo-woo is this? When did ‘voices of the night’ start dictating a writer’s career?

“I won’t leave until you write all of this down,” he repeated himself, “get the pen and paper. Now.”

I sat up straight then wheeled both legs off of the bed. With trembling hands, I groped in the nearby nightstand for pen and paper. I found both then swept a quick look over my shoulder at my husband.

Good, still sleeping, so he can’t watch his wife’s descent into madness.

Despite my jittery nerves, I chuckled at the absurdity of the moment then directed my voice into the darkness.

“OK, old man, I got what you asked for,” I crossed two fingers then said, in an even louder tone, “I’m all ears. At least that’s how we say it down here.”

My over-sassy tone was a Hail Mary, a hope that my attitude and language would deflate the overheated pressure that had built up in the bedroom.

The pen in my hand shook. Its ballpoint inked a hard, jagged line–unintended–deep into the notepad that rested on my lap. A loud snort filled the silence followed by several long seconds, as if he was gathering his thoughts.

“You’re going to write four books, a quadrilogy if you will, about an investigative journalist working in a major market,” he said before launching into a full description of the who-what-where, etc. of the novels. I scribbled his words verbatim, like a court reporter notating a judge’s sentence.

Two pages of messy handwritten notes later, the voice trailed off without saying goodbye. Either it stopped talking or I could no longer hear.

Six months later–to the day, I walked into a small pottery shop at the Taos Pueblo. Matthew Baguie stood behind the counter with a beatific smile on his face. He welcomed me, his strong and confident voice in sharp contrast to the soft blue of his gentle eyes. My heart thundered anew.

I raced outside to find my husband.

“It’s him,” I whispered in a loud voice. “The voice from that morning. Come inside and get a picture of him. Please.”

I returned to the pueblo in July 2005.  Entering Matthew’s shop, I spied not him, but a woman, his daughter. She reported her father’s death the month before, and how he had spoken for a year, non-stop, of how ready he was to die.

His death came a year after we met.

This morning I awoke as if to a silent alarm. Groggy from deep sleep, my eyes scanned the faraway clock.

Then I heard it.

The voice. Him again. Matthew?

“Here’s the query letter that you need to write for that first novel,” the soft voice spoke with a calm knowing, a wise understanding that I am no longer afraid.

I sat up in bed, grabbed pen and paper, and began taking notes. 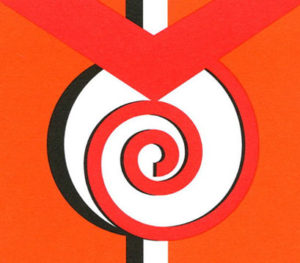